At audio events hosted by the Los Angeles and Orange County Audio Society, I’m usually called upon to speak about one thing or another, or roast a winner at one of the Society’s December galas. But at the Los Angeles Audio Show in the spring of 2017, Bob Levi, the company’s chairman, joked, “This is an awards dinner where you don’t have to be entertained, so relax and enjoy. !”

A few well-deserved Alfies went to the usual suspects such as Wilson Audio Specialties (for the Alexx speaker), Dan D’Agostino Master Audio Systems (for the Progression preamplifier), Vandersteen Audio (for the System Nine, which adds a pair of Sub Nine subwoofers for Vandersteen Model Seven II loudspeakers and HPA amplifiers), as well as larger players such as Sony and AudioQuest. But what the ceremony lacked in drama was more than made up for in the diversity of products and manufacturers, with many awards going to newer, smaller companies –for example, Starke Sound, Ryan Speakers, Vinnie Rossi, Vanatoo and EchoBox. Hopefully next year’s awards dinner will feature better staging: musical intro and outro cues, the opening of the envelope, the sliding of the nips. . .

Although not in the script, at the end of the evening Bob Levi asked me to make some closing remarks, so I took the stage and started “broadcasting” about the audio industry , on LAAS, and on the incredible period that is for audio, especially on the software side. I explained how, for the very first time, you can now record music with the best sound quality, in the format you prefer. Still want CDs? You can have them. Vinyl? There is more value in buying than one person can ever consume. Spool-to-spool tape? The offerings are still small, but will only grow as labels drop their fear of bootlegs and open their vaults – after all, they’re happy to sell 24-bit/192kHz files, which are much more easily copied and distributed than the real ones are. winding strips. You can even get new music on tape. Lampposts and car bumpers scalloped with 1/8″ tape might be making a comeback!

Hi-res PCM and DSD downloads and MQA streams deliver premium sound quality at the push of a few buttons. Who could have imagined this 10 or 15 years ago, when it seemed like the world was moving to MP3 quality and enjoying it, because it was “indistinguishable” from the Red Book CD?

To some, a generation or two of headphone-crazed youngsters consuming mindless MP3s on iPods and smartphones seemed to spell the end of high-performance audio. The week stereophilic featured an iPod on the cover, I was kicked out of a well-known audio salon in New York. “Go out!” the owner yelled at me. “I don’t sell iPods!” I don’t want you here!

Others, however, sensed an opening. They started making better headphones and headphone amplifiers, some of them tube-powered, and as exotic and good as anything designed to drive loudspeakers. Grado Labs hit the jackpot. When cartridge manufacturing seemed about to bite the dust for good, Joe Grado and his nephew John Grado turned to headphones, probably never imagining that they would tap into a key trend in consumer electronics from Millennials – they also couldn’t have imagined that the cartridge business would once again become a growth industry.

Portable music players followed, capable of storing what most consumers would consider an entire music library of high-resolution files. The built-in audience for such products simply had to tune in and listen. And guess what – they show up at shows like AXPONA, LAAS and the Rocky Mountain Audio Fest, dropping the age demographic well below grandpa level.

Easy access means the youngest can finally access to listen what we knew to be true, and what they were told was audiophile nonsense. Headphones and vinyl records have become the gateway to high performance home audio. 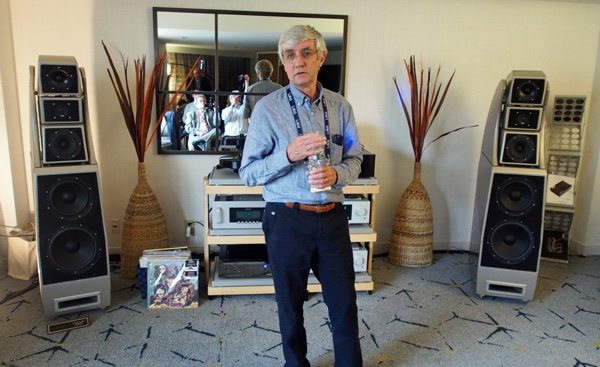 MQA at LAAS
At LAAS, Bob Stuart of MQA Ltd. gave compelling demonstrations of MQA versus uncoded MQA files, as well as the high resolution “unboxing” capabilities of MQA, in one of the Sunny Components rooms, using Wilson Alexx speakers driven by T +A electronic (footnote 1). MQA encoded files go through a careful preview process in the mastering studio that sonically optimizes them for various playback situations (no decoding, MQA Core or Full Decode), with appropriate filters correcting “de-ringing”.

Fortunately, the differences in sound spoke louder than Stuart, who tended to become entangled in his own thoughts. I was told that Stuart’s seminar, which I didn’t attend, was much better at explaining MQA, while the live demos were much better at demonstrating it, less at explaining it. 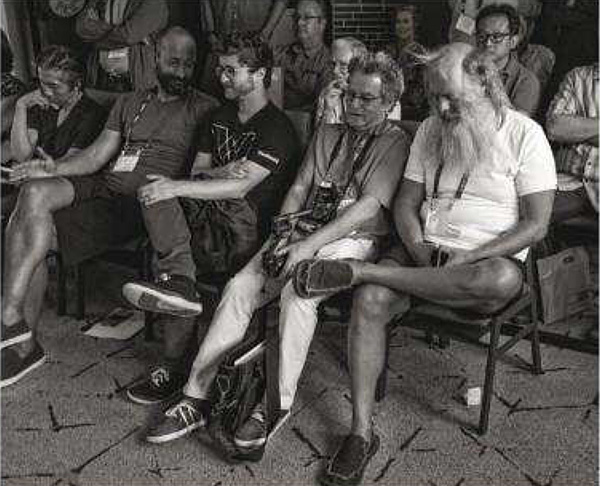 During the demo, which I attended with record producer Rick Rubin, founder of American Recordings, Stuart’s opening remarks assumed the audience was well aware of what MQA was, which, I think, was not the case. If that also describes you, check out Stuart’s Q&A on the subject. Anyway, for vinyl record lovers and CD haters like me, what Stuart says and plays in his demos totally confirms our long-held and often ridiculed assertion that, spatially, the sound of CDs produces no the there, and is therefore unlistenable. MQA encoded “Red Book” CDs may contain hi-rez files (24/192 and up) which can be “uncompressed” by an MQA decoder.

As Stuart writes in his stereophilic piece, “Temporal acuity manifests a survival characteristic, one with origins that must date back to much earlier in the mammalian timeline than the emergence of Homo sapiens.”

I’ve long argued that for one or more reasons the sound of CDs makes people unwilling to listen to recorded music to the exclusion of everything else, as has been done by entire generations in the years Vinyl rich 1960s and 1970s. That’s why listening to music has become a background activity, something to do while doing something else: driving, working out, or whatever.

While CD apologists attributed the disconnection to too many entertainment choices, including video games and home theater, I and others remained convinced that it was the sound of the CD itself that produced brain alarm that shouted to the subconscious “Get out of here and do something else! I’ve lost track of time and space! I don’t know where the tiger came from!” Or, in my case, “Put on an LP and turn that digital shit off, you jerk!”

Footnote 1: You can find John Atkinson and Jason Victor Serinus’ reactions to these comparisons here.